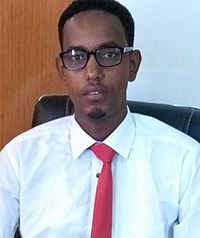 Siraji was shot and killed on 3 May 2017 when soldiers opened fire as he drove his vehicle near Villa Somalia at the age of 31.[1] The circumstances of the shooting were not immediately clear. Media reports said the soldiers may have perceived Siraji's vehicle as a threat.