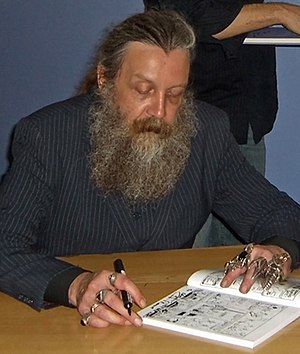 Alan Moore (born 18 November 1953[1] in Northampton) is an English writer most famous for his influential work in comics, including the acclaimed graphic novels Watchmen, V for Vendetta and From Hell.[2]