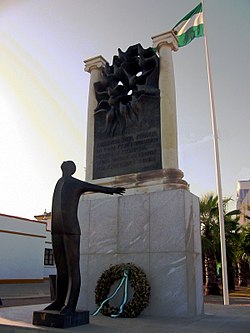 Monument to Blas Infante, Father of Andalusia,[1] erected in the same place where he was executed without trial by Fascist rebels in 1936 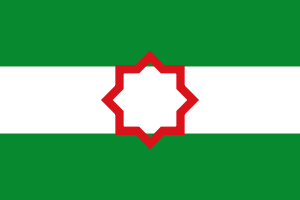 Nationalists flag for the Andalusia peoples