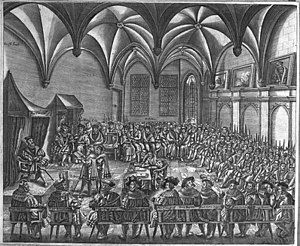 Diet of Augsburg by Christian Beyer.