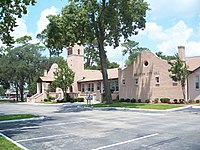 Belleview is a city of Florida in the United States. The city had a population of 3,478 people in the 2000 census. In 2009, the city had a population about 4,500. It is part of the Ocala Metropolitan Statistical Area. The name Belleview means beautiful view. The name of the city came from one of the first settlers whose daughter was named “Belle”.