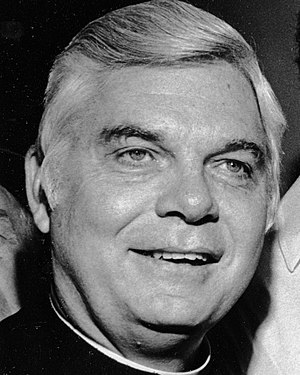 Bernard Francis Law (November 4, 1931 – December 20, 2017) was an American cardinal of the Roman Catholic Church. He was born in Torreón, Coahuila, Mexico to American parents. He was Archbishop emeritus of Boston, former archpriest of the Basilica di Santa Maria Maggiore, and Cardinal Priest of Santa Susanna.

Law was the Archbishop of Boston from 1984 until his resignation on December 13, 2002.[1] He resigned in response to the Catholic Church sexual abuse scandal after church documents showed he had known of sexual abuse committed by dozens of Catholic priests within his archdiocese.[2]