Caulfield is a Premium Station.

The station is between Sir John Monash Drive (formerly Railway Avenue) and Normanby Road. The tram route 3 and some bus routes stop here. The Caulfield campus of Monash University and Caulfield Racecourse are close to the station. 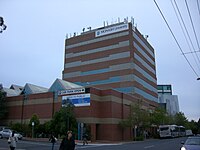 Caulfield station was opened on Wednesday, 7th May 1879.