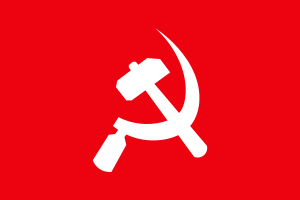 The Communist Party of Pakistan (Urdu: کمیونسٹ پارٹی آف پاکستان) is a communist party in Pakistan.

The CPP was founded in Calcutta, Union of India on March 6, 1948. A decision was taken at the Second All India Conference of the Communist Party of India, which was held in Calcutta at that time, that a separate communist party ought to be created in the new State of Pakistan. It was thought that Pakistan, being a relatively small country (in comparison to India) and suffering from instability, was ripe for revolution. The delegates from Pakistan separated themselves and held a separate session were they constituted the CPP.