There are three types of computer displays: 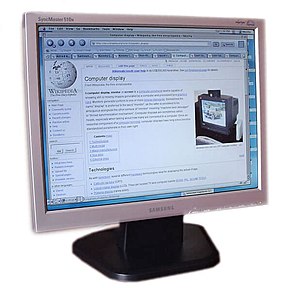 LCD Flat panel. Much thinner and lighter than monitors with a cathode ray tube.