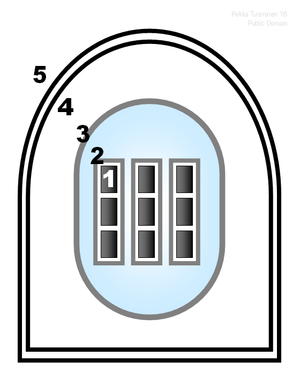 Containment building is a building with a nuclear reactor in it. It is built around the reactor to keep the radiation from getting out, if something happens to the reactor. The containment building is the last barrier to the radiation getting into the environment. Containment systems for nuclear power reactors are distinguished by size, shape, materials used, and suppression systems. The kind of containment used is determined by the type of reactor, generation of the reactor, and the specific plant needs.[1]