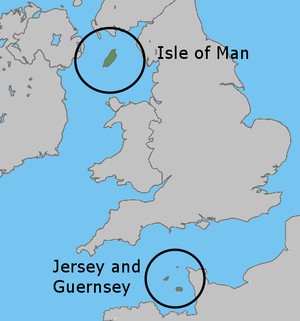 Location of The Isle of Man, Jersey and Guernsey

The crown dependencies are