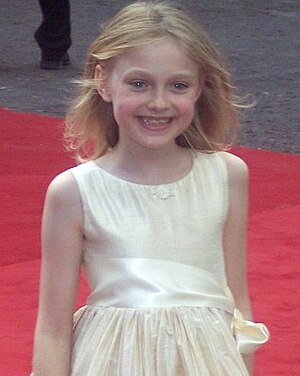 Dakota Fanning at the London premiere of War of the Worlds, June 2005 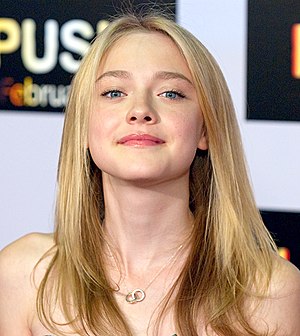 Hannah Dakota Fanning (born February 23, 1994) is an American actress. She is best known for her starring roles in the movies Dreamer, Hounddog, and Fragments (also known as Winged Creatures).

Fanning is of English, French, Irish and German ancestry.[4] She and her family are Southern Baptist.[5]

Dakota was famous for her performance at age seven in the 2001 film I Am Sam. This earned her a nomination for a Screen Actors Guild Award at age eight in 2002, as the youngest nominee in history.[6]