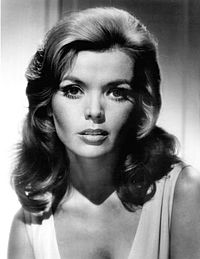 Deanna Lund (May 30, 1937 – June 22, 2018) was an American actress. She was born in Oak Park, Illinois. Lund was best known for her role in the Irwin Allen television series Land of the Giants, where she played the character of Valerie Ames Scott.