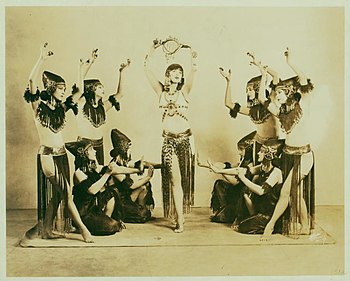 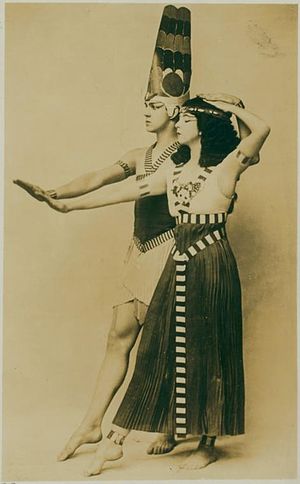 Ruth St. Denis and Ted Shawn in an Egyptian-style dance

The Denishawn School of Dancing and Related Arts, was founded in 1915 by Ruth St. Denis and Ted Shawn in Los Angeles, California.

It taught a range of dance styles, influenced by ballroom dancing, ballet and various types of American and Indian dances.

The school had some notable pupils, including Martha Graham, Doris Humphrey, Lillian Powell, Charles Weidman, Jack Cole, and silent film star Louise Brooks. The school was especially renowned for its influence on ballet and experimental modern dance. In time, Denishawn teachings reached another school – Studio 61 at the Carnegie Hall Studios.

"The art of dance is too big to be encompassed by any one system. On the contrary, the dance includes all systems or schools of dance. Every way that any human being of any race or nationality, at any period of human history, has moved rhythmically to express himself, belongs to the dance. We endeavor to recognize and use all contributions of the past to the dance and will continue to use all new contributions in the future".[1]