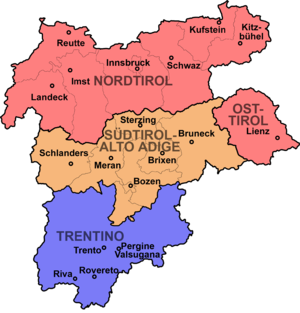 Map of the Tyrol pre-World War I

East Tyrol borders Carinthia in the east, Salzburg in the north, South Tyrol in the west, Veneto in the south. Its capitals are Lienz and "the big brother" Innsbruck.