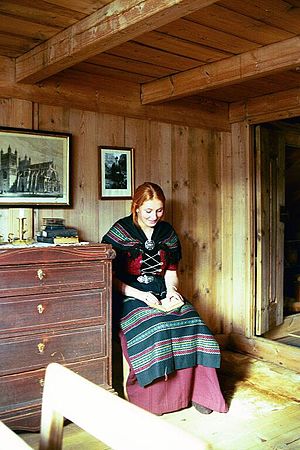 Eivør in the museum Blásastova in Gøta

Eivør Pálsdóttir (born 21 July 1983 in Syðrugøta, Faroe Islands) is a Faroese singer and composer. She sings in Faroese, but also in English, Icelandic, Swedish and Danish.

Eivør Pálsdóttir is one of the most well-known singers from the Faroe Islands.[1]

"Krakan", her second solo album, won the nomination for an Icelandic Music Award in three categories. Eivor won Best Singer and Best Performer in Iceland in 2003.[2]