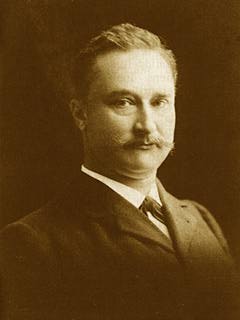 Marie Eugène François Thomas Dubois (28 January 1858 – 16 December 1940) was a Dutch paleoanthropologist. He earned worldwide fame for his discovery of Pithecanthropus erectus (later redesignated Homo erectus), or 'Java Man'. Although hominid fossils had been found and studied before, Dubois was the first anthropologist to embark upon a purposeful search for them.[1]

In 1895, Dubois returned to Europe and toured the continent to convince his colleagues that he had indeed found a missing link. Although most anthropologists were intrigued, they did not always agree with Dubois' interpretations. After that, Dubois refused others access to his fossils, until he was forced to do so in 1923.