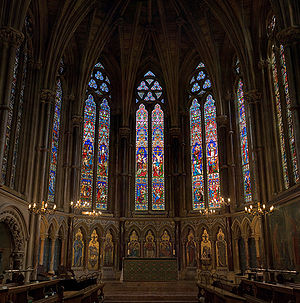 Exeter first allowed women to enroll in 1979. In 1993, it became the first Oxford college to elect a female Rector, Marilyn Butler.