KidzSearch Safe Wikipedia for Kids.
Jump to: navigation, search
This page is about the measurement of temperature. For the boy-band, see Fahrenheit (band). For other uses, see Fahrenheit (disambiguation). 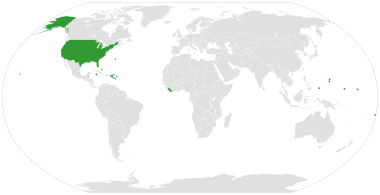 This temperature scale was made in 1724 by a German scientist named Daniel Gabriel Fahrenheit. In the twentieth century, the unit became less used, and the degree Celsius more used. Fahrenheit is still often used in the United States. In the United Kingdom, Fahrenheit is used on some websites, and on weather forecasts. The main reason for this is that the older population is more familiar with Fahrenheit.

Overall, the use of the degree Fahrenheit is in decline throughout most of the world, with the USA being the main exception.