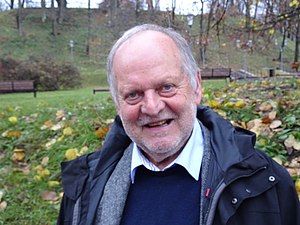 Gunther Rolf Kress MBE (26 November 1940 – 20 June 2019) was a British semiotician. Kress was born in Austria and trained as a linguist in Australia.[1] He was Professor of Semiotics and Education at the Institute of Education, University of London. Kress named a Member of the Order of the British Empire (MBE) in 2012.