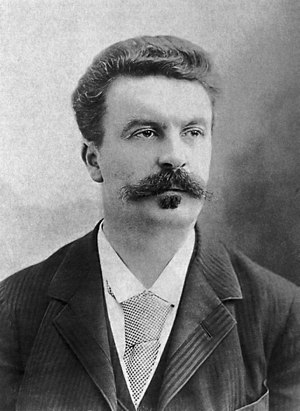 Guy de Maupassant (5 August 1850 – 6 July 1893) was a popular 19th century French writer. He is considered one of the fathers of the modern short story.

He was an apprentice of Flaubert. Maupassant's stories have a common economy of style and their efficient, effortless dénouement (ending). Many of the stories are set during the Franco-Prussian War. Many more describe the war. He also wrote six short novels.