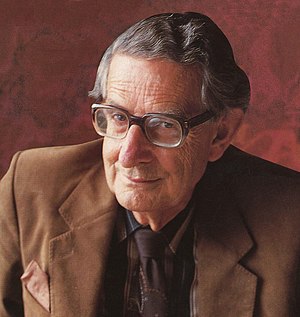 Hans Eysenck (1916–1997) was an acclaimed German psychiatrist. He was a behaviorist and a leading opponent of Freudianism. He wrote many books, including attacking Freud called Decline and Fall of the Freudian Empire in 1985. He also wrote Causes and Cures of Criminality.[1]