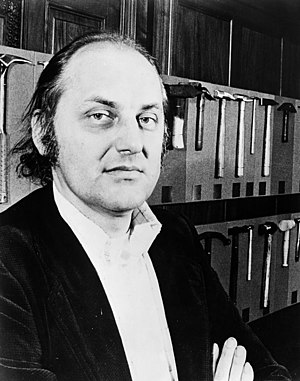 Hans Hollein (30 March 1934 – 24 April 2014) was an Austrian architect, designer, sculptor and architectural theorist. His best known works were: Museum für Moderne Kunst and Haas House. He was also the winner of the Pritzker Architecture Prize in 1985. He was born in Vienna.