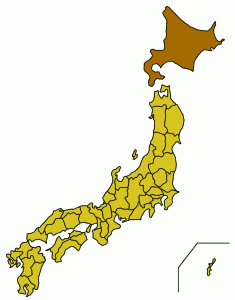 Map of Japan with the island of Hokkaidō highlighted in brown 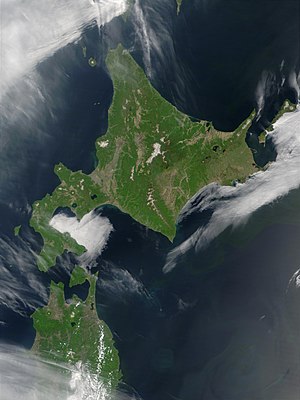 Lua error in Module:Unicode_data at line 290: attempt to index local 'data_module' (a boolean value)., also known as Ezo and Yezo, is a volcanic island in Japan. It is the northernmost of Japan's four main islands.[1]

About 5,500,000 live on the island. It is north of Honshu. It is the second largest Japanese island.[3] It has a humid continental climate (Dfa/Dfb in the Köppen climate classification) with cold snowy winters and warm to hot summers.

Agriculture is an important part of the island's economy.

Hokkaidō region is one of Japan's traditional geographic regions.[4]

The region covers the entire island.[1] The island and the region have been called Hokkaidō since 1869.[3]