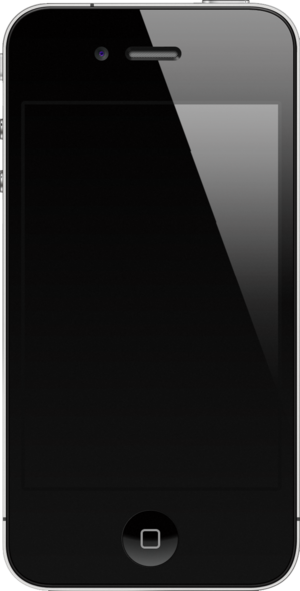 The iPhone 4 is a smartphone made by Apple. It was first released on June 24, 2010. It was the first iPhone to include a front-facing camera.[1]

The iPhone 4 was praised for being much more powerful than its previous models. It was also highly praised for its new design. However, it was criticized widely for occasionally reducing the strength of cellular data from calls if the user's hand covers the bottom-left of the phone.