Iki Province (壱岐国, Iki no Kuni?) was an island province of Japan in the area of Nagasaki Prefecture near the island of Kyūshū.[1] The province is also known as Isshū (壱州?) .

The province was Iki Island.

In the Meiji period, the provinces of Japan were converted into prefectures. Maps of Japan and Iki Province were reformed in the 1870s.[2] 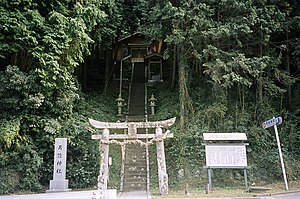 Amanotanagao jinja was the chief Shinto shrine (ichinomiya) of Iki. [3]