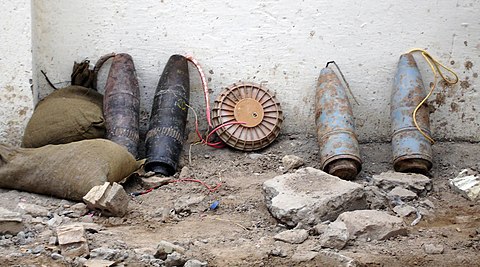 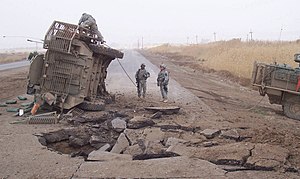 An improvised explosive device (IED), more commonly known as roadside bomb, is a bomb that is constructed by people for other purposes than military action. Paramilitary groups often use such devices for terrorist activities. Unconventional warfare which is done by guerilla forces also uses such devices.