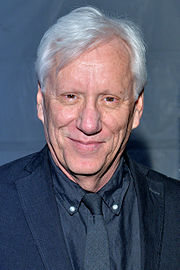 James Howard Woods (born April 18, 1947) is an American movie, voice, stage and television actor. He is known for his roles in Once Upon a Time in America, Salvador, Nixon, Ghosts of Mississippi, The Last Day of Summer and Casino. He was the voice of Hades in Hercules. He played himself in Family Guy.

Woods was a vocal supporter of former U.S. President George W. Bush and the Iraq War, and is a Republican Party. He supported John McCain, Mitt Romney, and Carly Fiorina for the 2008, 2012, and the 2016 presidential elections respectively.[2]