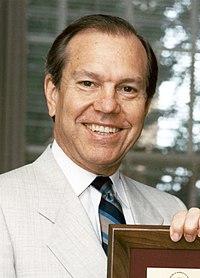 James Barnes Wyngaarden (October 19, 1924 – June 14, 2019) was an American physician, researcher and academic administrator.[1] He was director of National Institutes of Health between 1982 and 1989 during the Ronald Reagan administration.[2]