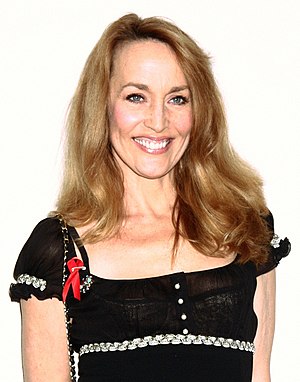 Jerry Faye Hall (born July 2, 1956[1] in Gonzales, Texas) is an American actress and model. She appeared in several movies., the most notable being Batman (1989). In November 1990, she married Mick Jagger. They had four children. The couple divorced in 1999. Hall has appeared on many magazine covers during her fashion modeling career.