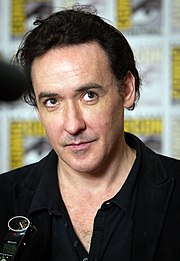 His movies include: The Sure Thing, Better Off Dead, One Crazy Summer, Say Anything..., Bullets Over Broadway, City Hall, Grosse Pointe Blank, Con Air, Midnight in the Garden of Good and Evil, The Thin Red Line, Pushing Tin, Being John Malkovich, High Fidelity, America's Sweethearts, Serendipity, Identity, Runaway Jury, Must Love Dogs, The Ice Harvest, 1408, 2012, Hot Tub Time Machine, The Raven, and in The Butler.