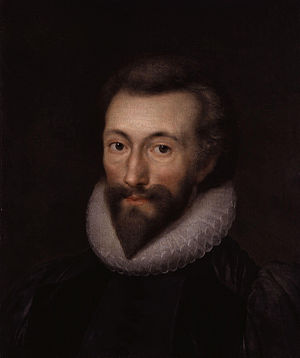 John Donne (1572-1631) was a British metaphysical poet. He wrote love poems and sonnets but later in his life became religious and wrote many Christian poems. He was also Dean of St Paul's Cathedral and was the author of many sermons.