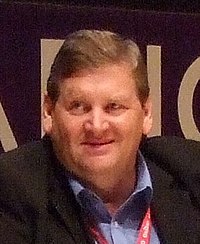 John Myers (April 1959 – 1 June 2019) was a British radio executive, consultant and presenter. He was born in Carlisle, Cumbria. He was chairman of the UK Radio Academy Awards and the Commercial Radio Awards, as well as the owner of Myers Media. He was the chief executive of GMG Radio during the 2000s, and developed the Real Radio, Smooth Radio and Rock Radio brands. He served as chief executive of the Radio Academy from April 2011 until June 2012. He was also the founding chairman of TeamRock. He retired in May 2016.