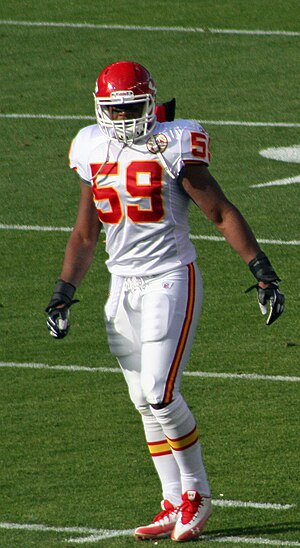 Jovan Belcher (July 24, 1987 – December 1, 2012) was an American football player. He was a line backer in the NFL for the Kansas City Chiefs. He was a student at the University of Maine. He played in the NFL from 2009 until his death.

On the evening of December 1, 2012 in Kansas City, Missouri, he shot his partner dead and committed suicide by shooting himself.[1]