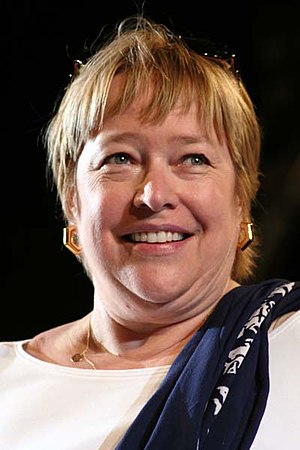 Kathy Bates (born Kathleen Doyle Bates, June 28, 1948) is an American actress and director. She was born in Memphis, Tennessee.

Bates has starred in many movies, most notably Misery, Fried Green Tomatoes, Titanic and Richard Jewell.

Bates is also known for her multiple roles on American Horror Story. She also played Jo Bennett in the American sitcom The Office.