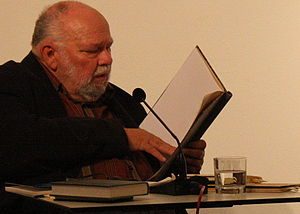 Kito Lorenc (4 March 1938 – 24 September 2017) was a Sorbian-German writer, lyric poet and translator. He was a grandson of the Sorbian writer and politician Jakub Lorenc-Zalěski. He was born in Schleife, Germany.

Lorenc was an employee at the Institute for Sorbian People Research in Bautzen between 1961 and 1972. From 1972 until 1979, he worked as a dramaturge at the State Ensemble for Sorbian People's Culture. Kito Lorenc was a member of the Sächsischen Akademie der Künste and lived as a freelance writer in Wuischke by Hochkirch.