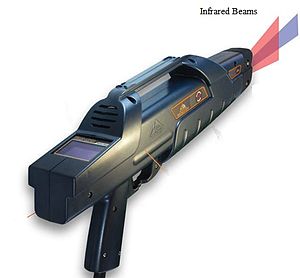 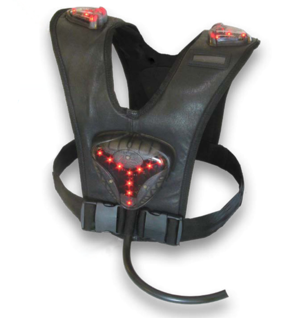 Laser tag, what is now considered a game, started out as a military training exercise. In the beginning laser guns and the laser targets worn on the soldiers bodies were not connected, this means that the soldiers were able to continue firing the gun even if they had been tagged. One other problem was that they could just reboot the packs, essentially getting their second life, which does not happen on the battlefield.

Laser tag does not actually use lasers for the actual tagging device, it utilizes infrared LEDs that are focused with mirrors.

Today's laser tag systems work on the following, where a sensor pack that is attached to the pack, your pack is wireless and reports back to a master computer that tabulates the amount of times that you were hit or hit someone else. When you pull the trigger, the infrared LED lights up, but the infrared can not be seen by humans. The packs sensors are actively looking for Infrared lights, if you are in range your pack will register the hit. the part of the laser tag beam that you can see is sometimes a laser or a very bright focused red LED.

In earlier versions of laser tag the packs sensed light, this was bad, because you needed to large area to play, you were usually in view of the sun, you often got false tags with the sun.