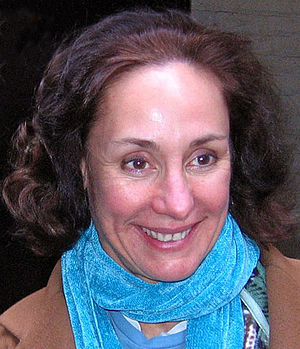 Lauren Elizabeth "Laurie" Metcalf (born June 16, 1955) is an American movie and television series actress. She played Jackie Harris in the sitcom Roseanne and Carolyn Bigsby in the sitcom Desperate Housewives She also acted as Debbie Salt in Scream 2 and played one of the characters in certain parts of the Toy Story franchise. Laurie received three Emmy Awards for her performance. She was born in Carbondale, Illinois.