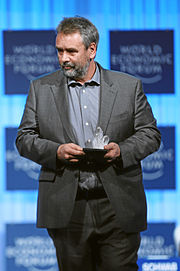 Luc Besson (born 18 March 1955) is a French movie director, screenwriter, and producer who is known for his movies such as Léon: The Professional, The Fifth Element, Taken, The Lady, and the entire Arthur and the Invisibles trilogy. He has won an BAFTA Award.