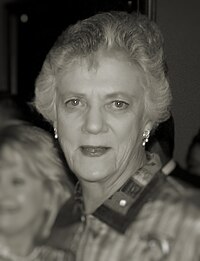 Thomas is known for being mayor of Galveston during Hurricane Ike on September 10, 2008 and ordered in a full evacuation.

Thomas was born in Galveston. She studied at the The Hockaday School in Dallas. Thomas died at her Galveston home on April 19, 2017 at the age of 80 from cancer.[3]