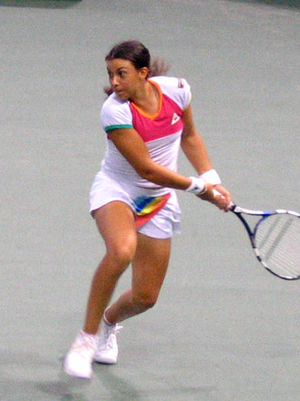 In 2007 she played in the Wimbledon final against Venus Williams, after winning against the World Number 1 Justine Henin in the semi-finals. It was considered one of the biggest shocks in Wimbledon history. Bartoli lost against Williams in the final, finishing as runner-up. Bartoli won the Wimbledon singles in 2013.

Bartoli retired in August 2013 due to pain from injuries. She lives in Geneva in Switzerland.

Bartoli in the Wimbledon final