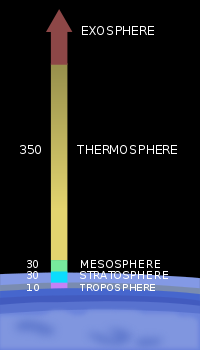 Atmosphere diagram showing the mesosphere and other layers. The layers are not to scale