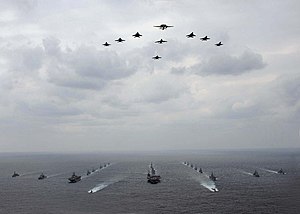 A mixed aircraft and ship formation of military vehicles during ANNUALEX (Annual Exercise) with USN and JASDF vehicles.