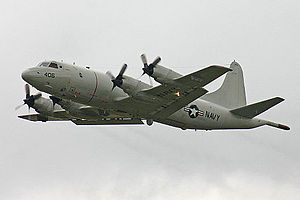 Naval Aviation is the air force branch of a navy. Its equipment is composed of both aircrafts and helicopters.

The first naval aviation was the British Royal Naval Air Service, that was created on 13 April 1912. On April 1, 1918 the RNAS and the Royal Flying Corps were merged into the Royal Air Force. During World War I and after World War II, naval aviations were used for all kinds of combat missions. Famous battles were Pacific War, Normandy Landings, Dieppe Raid and Battle of Midway. After the World Wars it was used for the Falklands War, the Libyan Civil War, and the Gulf War.

U.S.M.C. aviation was used in World War II,Korean War and the Vietnam War