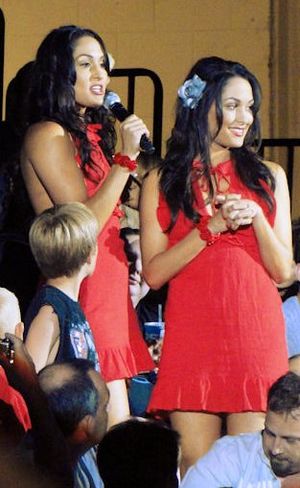 The Bella Twins are a professional wrestling tag team formed of twin sisters: Brie Bella and Nikki Bella (born November 21, 1983 in San Diego, California). They currently work with the WWE. They both won the WWE Divas Championship during their time in WWE. On April 30, 2012, their contracts with WWE expired and they left.

They returned to the WWE on March 11, 2013 and are currently part of the main cast of the reality show Total Divas made by the WWE.[1]