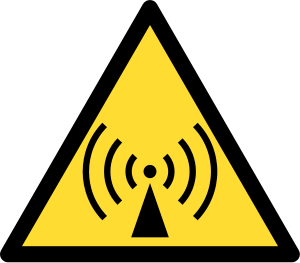 Non-ionizing radiation (or, esp. in British English, non-ionising radiation) means any type of electromagnetic radiation that does not carry enough energy to ionize atoms or molecules - that is, to completely remove an electron from an atom or molecule.

Because it is lower energy radiation, the use of this type of radiation in medical fields and everyday life poses fewer health risks than ionizing radiation in forms such as X-rays.