Geographical distribution of Sepedi in South Africa: proportion of the population that speaks a form of Sepedi at home. 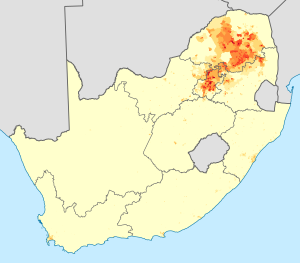