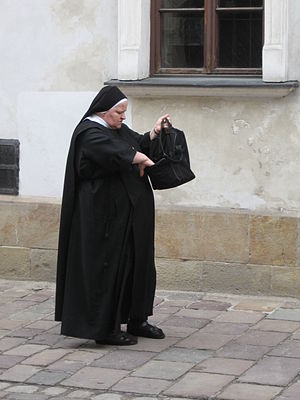 Nun is a woman who made a special vow (or promise) dedicating herself to a religious life. She is said to "take the veil" as a symbol of her new life.[1] Roman Catholic nuns are the most commonly thought of nuns, but nuns are found in different forms of Christianity as well as non-Christian religions such as Buddhism. A nun is the female version of a monk.[2]