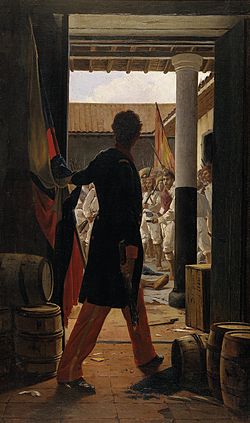 Blasting the tinderbox of San Mateo by Antonio Ricauter

Patriotism means loyalty of person to his/her own nation or the leaders of nation. A patriot is a person who is on the side of his/her own nation or its leaders. Patriotism is different from nationalism. Nationalist thinks that every ethnic group should have its own nation, so nations are to serve the people. In other words in nationalism the nation is just a tool to have freedom for an ethnic group, while in patriotism the nation itself is the highest value.