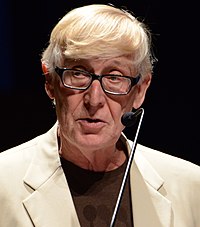 Perry R. Anderson (born September 1938 in London, England)[1] is a British historian and political essayist. He is a specialist in intellectual history such as the post-1956 Western Marxism of the New Left.

Anderson was educated at Eton College and Worcester College, Oxford.

He is Professor of History and Sociology at the University of California, Los Angeles (UCLA) and a former editor of the New Left Review. Anderson has written several books, the latest being The Indian Ideology (2012), a polemic against the Indian nation-building project. He is the brother of political scientist Benedict Anderson.